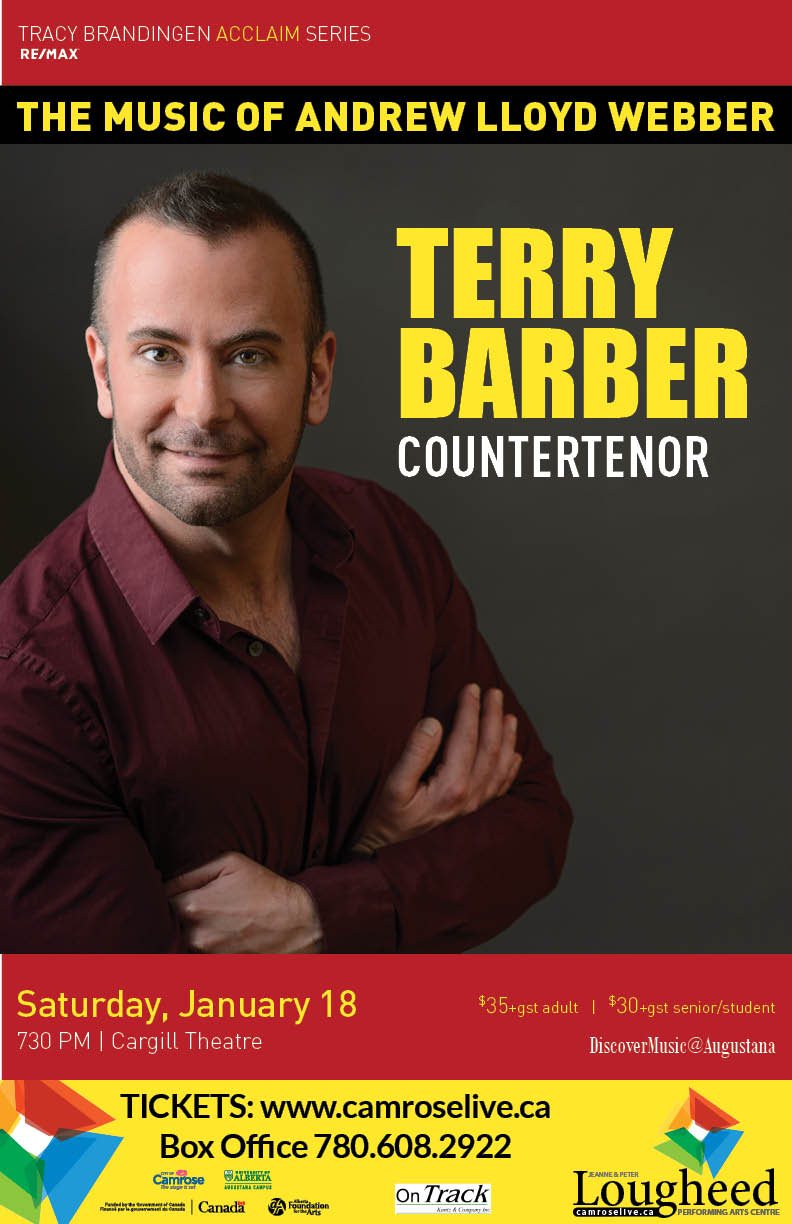 × THE MUSIC OF ANDREW LLOYD WEBBER

Terry sings show-stopping hits from 10 of the World’s most beloved musicals, performing unique versions of songs from “Cats”, “The Phantom of the Opera”, “Jesus Christ Superstar”, “Evita”, Starlight Express” and more!

Internationally acclaimed countertenor, Terry Barber, is known for his extraordinary range, both vocally and stylistically. Past member of the Grammy winning group, Chanticleer, Terry Barber has been a soloist for the best venues around the world, from the Metropolitan Opera and Carnegie Hall, to Moscow’s Svetlanov Hall, and has been a soloist on recordings for every major record label with a variety of artists - from Madonna to the London Philharmonic.