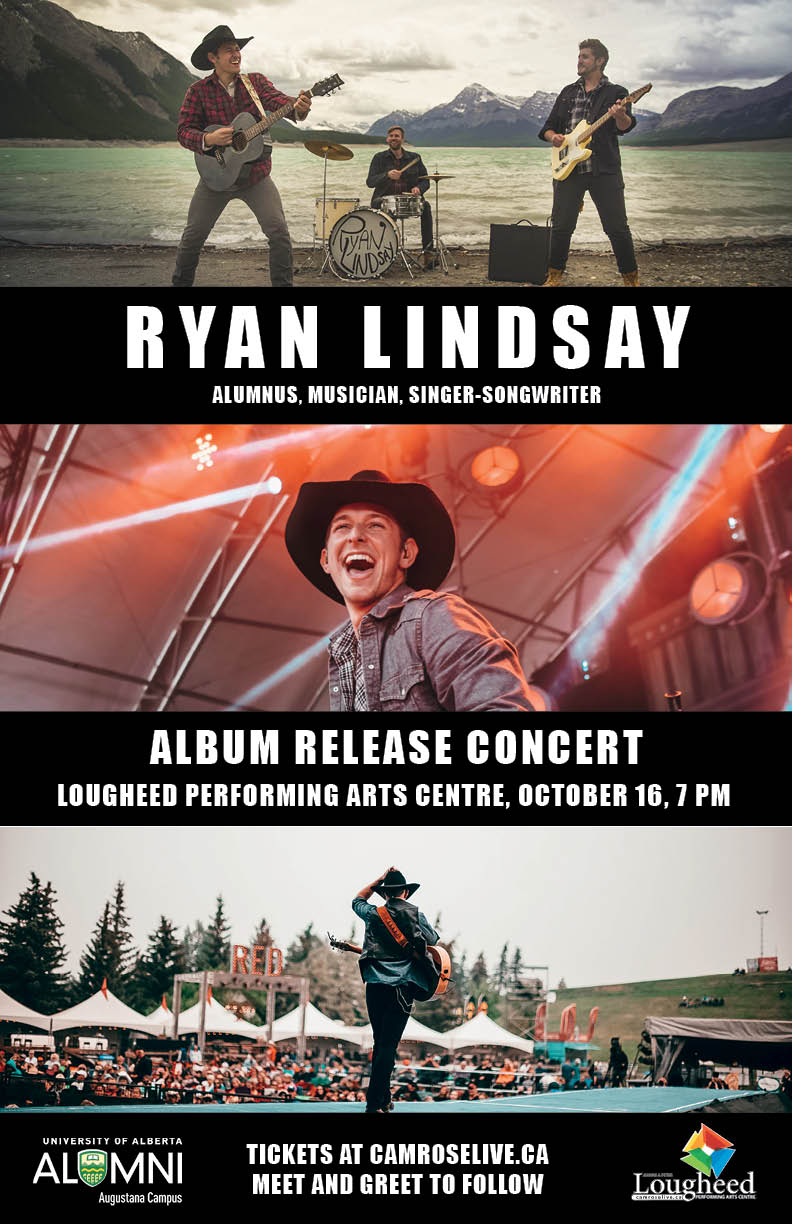 × Augustana alumnus, Ryan Lindsay (B.A. ’15), returns to campus for his first studio album’s release concert! Wilderness guide turned singer Ryan Lindsay is an emerging Canadian Country Artist from Wainwright, Alberta. At 26 years old, Lindsay has an impressive resume that preceded his music career. It includes a degree in Outdoor Education, sailing across the Atlantic Ocean, solo hiking the Greenland fjords, canoeing to the Arctic Ocean through the tundra, and guiding extended backcountry trips across Canada. Lindsay’s fearless love and passion for the world around him resonates now through his music. He launched his solo career last spring with his first single release, Doin’ Alright—a song that highlighted his decision to move from the guiding world and become an electrician in order to fund his own music career. No stranger to the entertainment world before his solo career, Lindsay played bars from the age of 18 while fronting a country cover band, studied improvisation on the side in university, and acted in musical theatre. Hitting his shows with a contagious, engaging intensity, Lindsay fills the stage with energy. His dynamic songwriting is wide-ranging, whether it be outdoor-based nostalgia, reflections on love, life tribulations, or classic country sounding melodies that he says “you can stomp on the hardwood floor to.” You rarely would ever see Lindsay perform a show without seeing him let out a big ‘yeehaw’ over the mic, or showing a big toothy grin when playing a song that has high “twang-factor”. In the past year Lindsay released two singles and his first music video Wild, won Country 105’s Rising Star competition, performed on the mainstage of Country Thunder, made the Top 10 Ballot for ACMA male country artist of the year, secured a spot with Project Wild, performed on the Nashville North stage at the Calgary Stampede, and recently the most voted ACMA artist to perform on the MDM stage at 2019 CCMA Week.