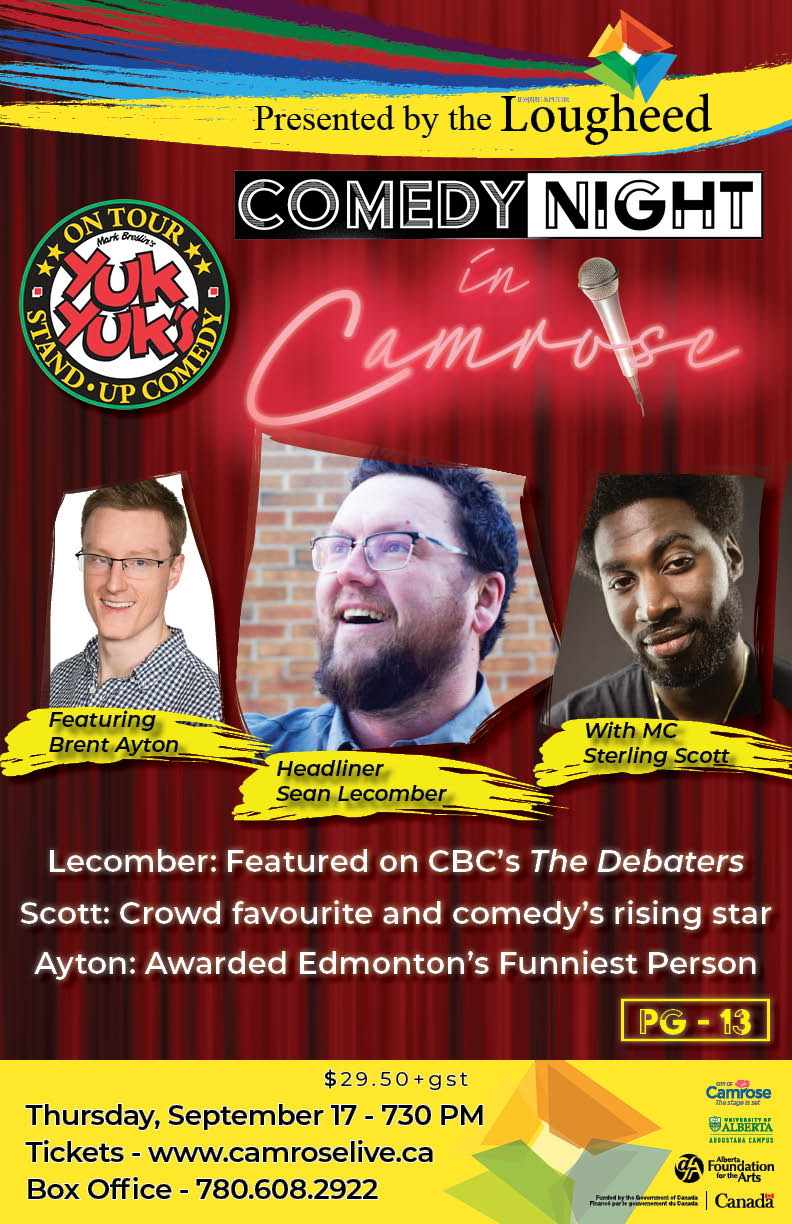 × The first of several evenings of comedy starts off with Yuk-Yuk's comics performing for a live audience and Livestream on Thursday, Sept. 17 at 7:30 p.m. We know you're in need of a good laugh, and we're excited to bring three excellent comedians to the Cargill Theatre stage. Headlining the event is Alberta comedian, Sean Lecomber, a favourite on CBC's The Debaters. Sean has written for the likes of This Hour Has 22 Minutes and he has appeared at the Halifax and Winnipeg Comedy festivals. Comedian Sterling Scott is the emcee of the night and he is often described as a high-energy performer and a crowd favourite. He's considered one of comedy's rising stars. The night will feature Edmonton comedian, Brent Ayton, who has won acclaim as Edmonton's Funniest Person.