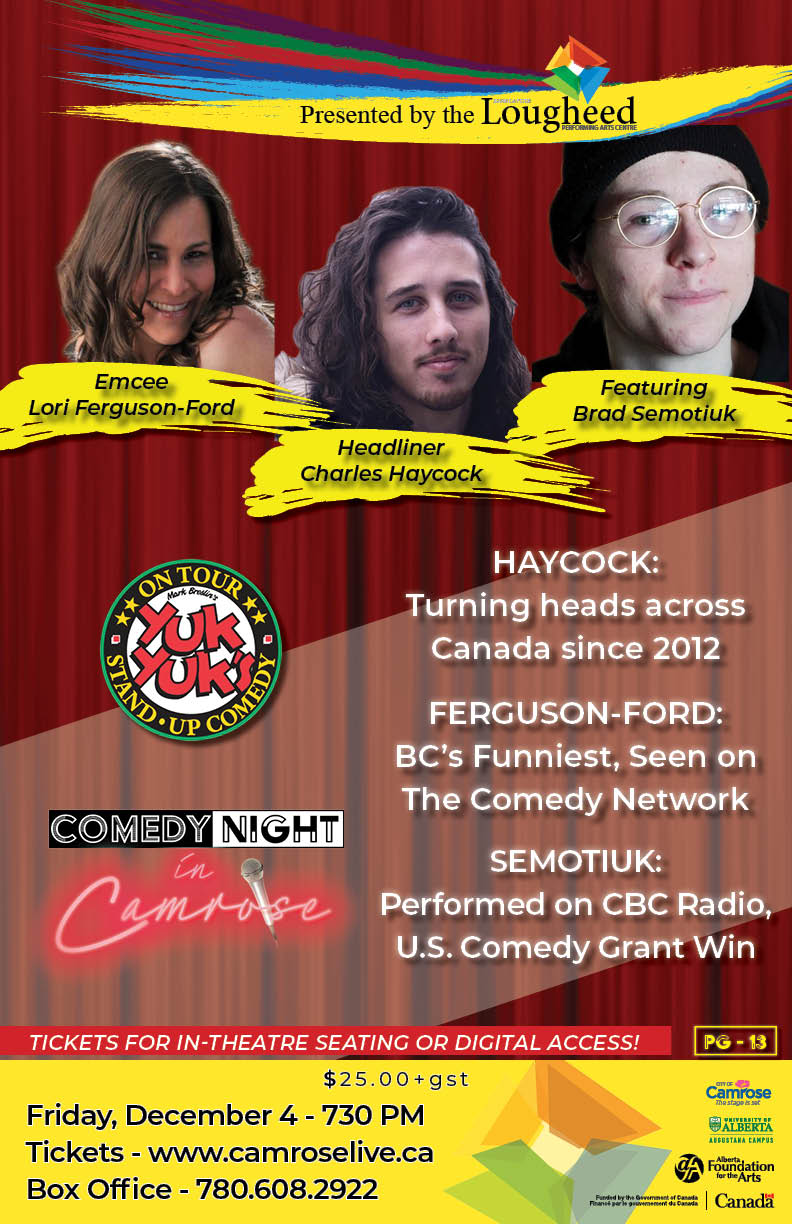 Charles Haycock is a unique comedian in many ways. Whereas most good comics command an audience’s attention by being larger than life, Charles drops all the pretense and offers up a quirky playful style that makes the crowd WANT to listen. His humour is subtle, yet uproariously funny. Charles branches off in unexpected directions, and is gifted enough that the odd jokes that MISS are often as funny as the ones that hit. He embodies the old saying that “a good comedian says funny things, but a great comedian says things funny”, which is why he has been turning heads since taking to the stage in 2012. Charles has appeared on TV tapings for the 2018 Winnipeg Comedy Festival and the 2017 Halifax Comedy Festival. He was featured at the 2017 Sudbury Comedy Festival, 2016 Kamloops Komedy Festival, Nextfest 2015 and the 2015 Global Visions Film Festival. He’s opened for international touring stars like Alonzo Bodden and Bryan Callen. He also happens to be a world class yo-yo performer.

Lori has been a professional stand-up comic for over 20 years. She began her love for comedy in 1988. A bit of a fairytale beginning…while working as a waitress, one of her regulars offered to sponsor her dream of stand- up comedy as a career. Soon after Lori was voted B.C.’s Funniest New Comic and four years later B.C.’s Funniest Woman. Lori has toured all over Canada and the United States, she has graced the stages of Yuk Yuk’s, The Improv, The Laugh Factory and the Comedy Store…just to mention a few. Lori has also made television appearances on CTV, CBC, WTN and The Comedy Network, as well as CBC Radio’s Madly Off In All Directions.

Edmonton’s Brad Semotiuk started stand up at 17, since then he has toured Canada, performed on CBC Radio, and comedy festivals across the US. Brad is the fifth recipient of the Martin Grant, created by Los Angeles-based comedian Steve Hofstetter. At 19 he was the youngest ever — and only Canadian—to win a U.S. comedy grant. He tells jokes and stories that he hopes you will like!