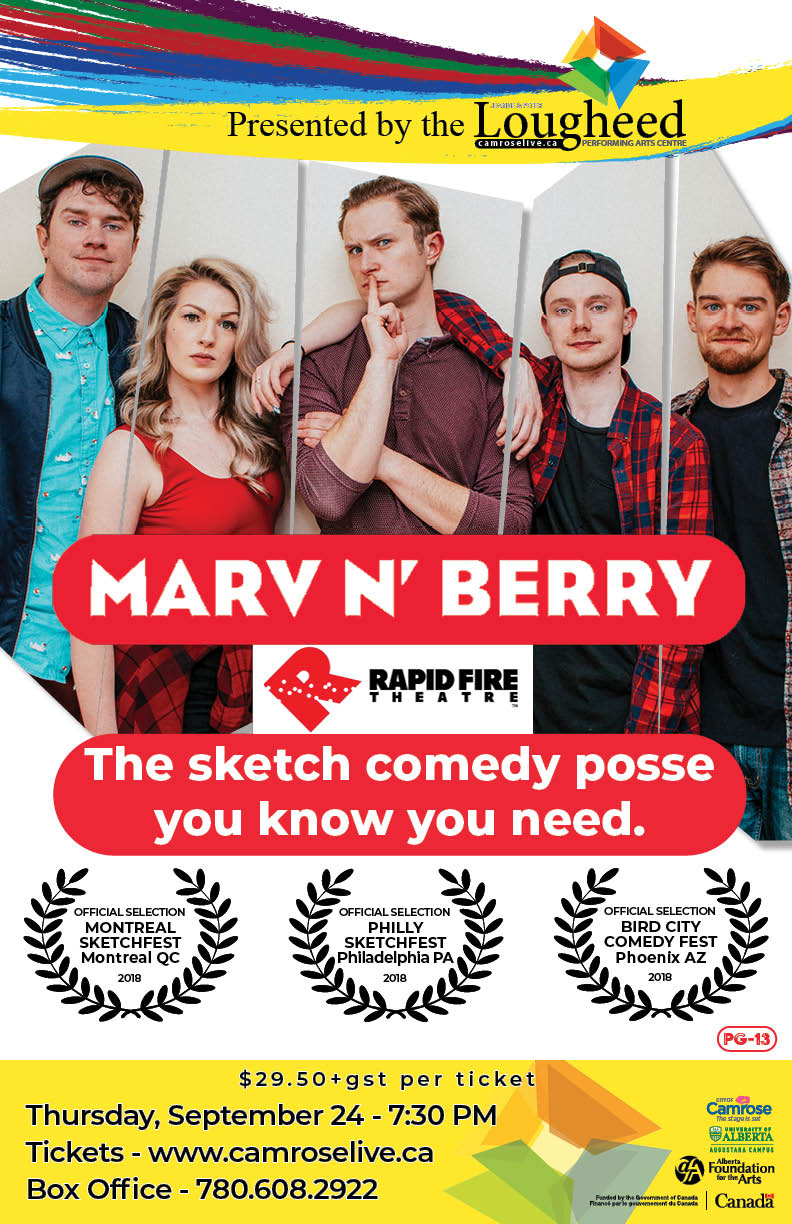 Big news! The sketch comedy posse you know you need is coming to the Lougheed Centre in Camrose. And now, you can enjoy shows in the beautiful Cargill Theatre or from your own home. Tickets can now be purchased for in-person attendance or Livestream performance.

Marv n' Berry is a hilarious comedy troupe based out of Edmonton that has been making people laugh for years. They are with Rapid Fire Theatre and have such positive press it's difficult to capture it all.