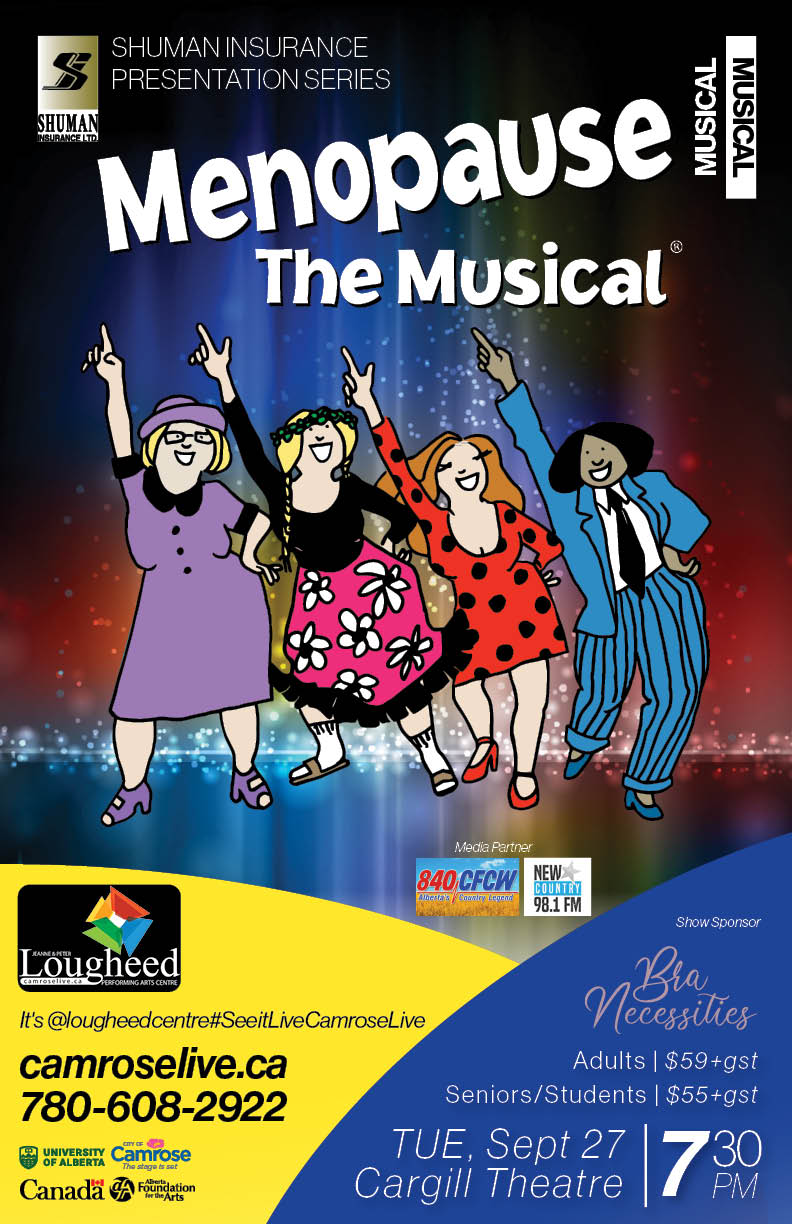 COME JOIN OUR SISTERHOOD! Four women at a lingerie sale have nothing in common but a black lace bra AND memory loss, hot flashes, night sweats, not enough sex, too much sex and more! This hilarious musical parody set to classic tunes from the ‘60s, ‘70s and ‘80s will have you cheering and dancing in the aisles! See what millions of women worldwide have been laughing about for over 20 years!

• 70M women are experiencing menopause in the US

• Nearly 17 million people in 16 countries (more than 500 cities worldwide) have attended the performance.

• Stress reduction is advised for women who are going through The Change. Menopause The Musical® celebrates this time in a woman’s life with laughter and sisterhood.

• Men Love It Too! During this hilarious production, men in the audience relate and begin to understand this time in their wives, sisters or mothers’ lives.