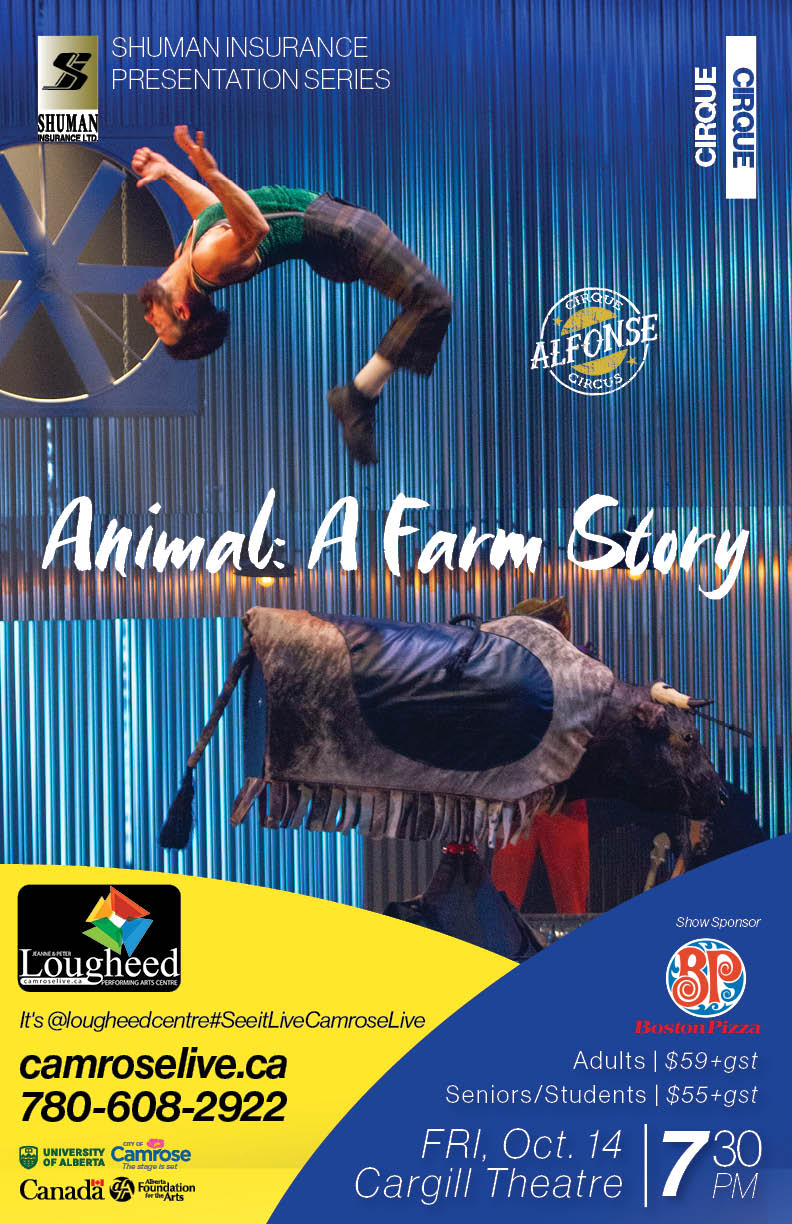 With Animal, A Farm Story, Cirque Alfonse takes us on a journey of discovery through a series of slightly surreal farm fables served up with a touch of irreverence, impressive virtuosity and the company’s familiar comic touch. In this re-invented agricultural world, the farm is turned upside down and the barn turned inside out! A gentleman farmer has surrounded himself with some familiar but slightly outlandish creatures: the chickens have teeth, the ducks are slightly menacing and the cows are kicking up a fuss. In this “farm fantasy”, the imagination conjures up stories from childhood, rural life proves to be both energetic and poetic and clichés are joyfully turned on their head. Yet again, the clan of family and friends that make up Cirque Alfonse has favoured its multidisciplinary approach where circus, song, dance and theatre all come together, driven by original live music … an irresistible mix of trad and soul that the troupe calls ‘agricultural funk! A production for young and old alike, ANIMAL is the farm gone haywire! About Cirque Alfonse The company, which unites the Carabinier-Lépine family and friends, gets its name from Saint-Alphonse-Rodriguez, its municipality of origin in Lanaudière. The Québec fibre is central to each Cirque Alfonse creations as the troupe draws on national folklore for themes, to which a modern touch is added. The Alfonse clan has captured the hearts the public in 2011 with its lumber camp in Timber!, and its cabaret electro-traditional cabaret in Barbu in 2014 followed by Tabarnak in 2017. After having toured the globe several times and experienced worldwide success, the troupe returns to give you have an unforgettable time.