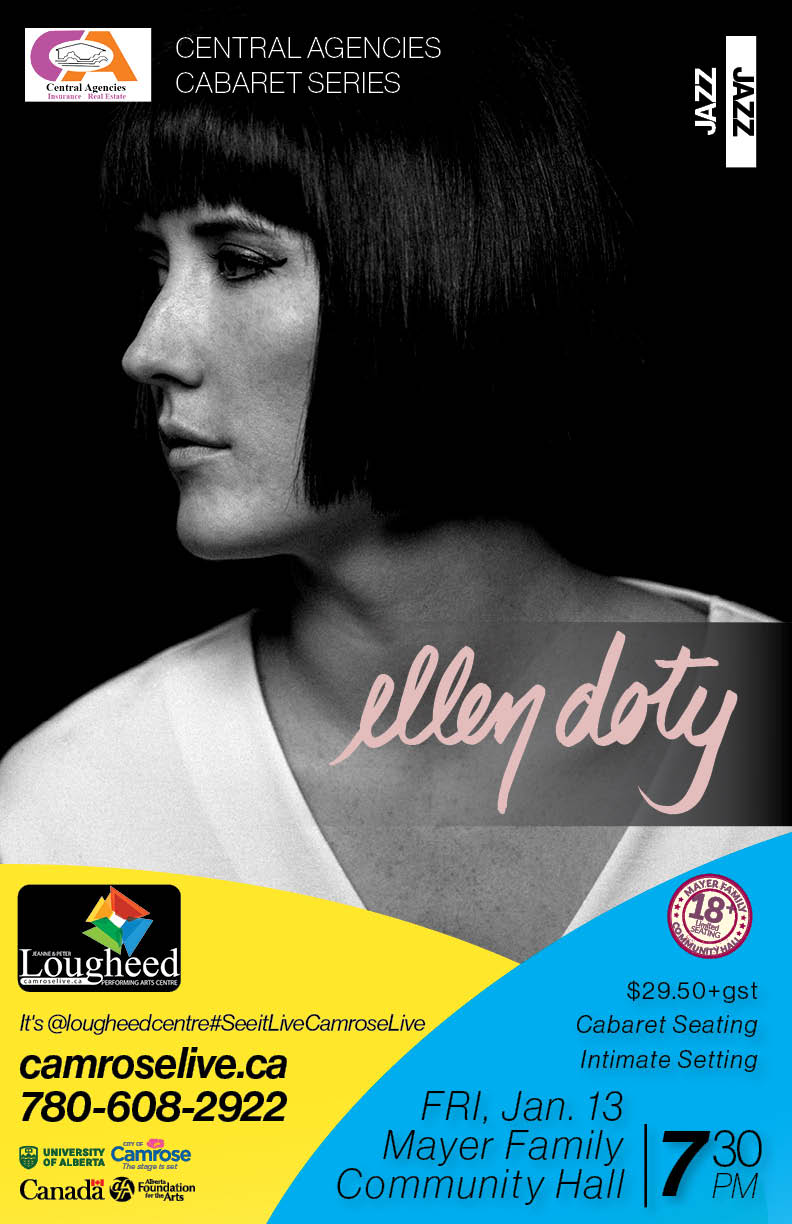 Anyone involved in the music scene knows that Ellen Doty is one of the hardest-working, talented artists on the scene. Her voice is soft, sweet, confident and assured, and combines her deep love of jazz with the influences of the great singer-songwriters of our time. With an honesty and warmth that sets her apart from so many artists, Doty is an emerging Canadian talent who is clearly one to watch for 2017 and beyond. CBC Music, Top Canadian Jazz Musicians Under 35 List

Ellen Doty is a soulful Canadian vocalist and songwriter with a world-class voice. Her music incorporates everything from jazz to soul, folk, pop and indie music: a sound that is uniquely hers. A true storyteller whose works are as intimate and as personal as their handwritten lyrics, Ellen’s immense talent for songwriting is only complemented by her stunning vocals. Originally from Okotoks, AB, she currently makes her home in Calgary. Doty signed a record deal with Toronto-based label Alma Records, and her new album “Come Fall” came out on Universal Music in Canada on March 2nd, 2018, debuting at #1 on the iTunes Jazz Chart. The album has received rave reviews from fans and media alike: “By pushing her artistic boundaries and refusing to be placed in a box, Doty achieved musical brilliance that sets her apart from her peers. Doty’s sophomore album clearly proves her voice knows no limits. But it is perhaps her modesty and the purity of her intent to create good music that continues to define her as a blossoming Canadian artist.” – Beatroute Magazine