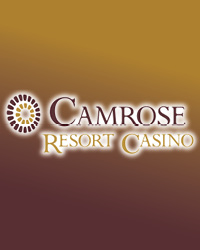 Brigade: A Tribute to Heart

Brigade is a high energy, entertaining and dynamic Edmonton-based Heart Tribute band, offering a taste of Heart’s famous classic rock and bringing it to life on the prairies. “Brigade”, named after Heart’s 10th studio album, was formed by lead singer Dahlia Wakefield, performing as Ann Wilson of the band “Heart”. Joined by fellow Dirt Road Angel Karen Claypool as “sister” Nancy Wilson on backup vocals and guitar, these two “soul sisters” have been performing together for the past 9 years. Brigade consists of some amazing musicians: Glenn Thorpe on lead guitar, Stan Pietrusik on keys, and Ben Oswell on bass and backup vocals, and Dennis Boisvert on drums. Authentically performing Heart's greatest hits from the 70s to the 90s with songs such as “Alone”, “Magic Man”, and “Barracuda”, Brigade’s professional, accomplished and experienced musicians not only sound the part, but look the part. This powerhouse tribute band has built a big buzz in the Edmonton and Red Deer area over the past few years, playing to sold out shows and much positive feedback. Brigade is looking forward to playing their “Heart” out at many more shows in the future!